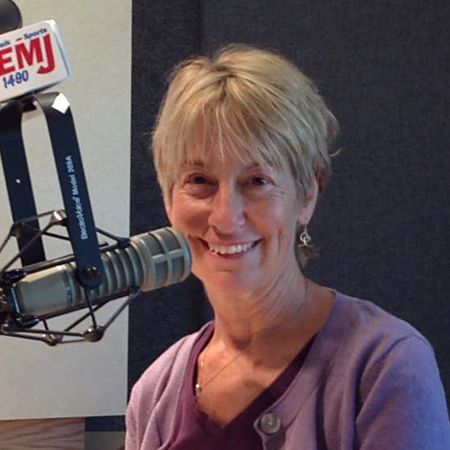 Robin Alexis is a one of kind Reiki Master, who has received an enhanced mystical ability to uniquely channel Reiki and other forms of healing energies to serve you. She has had three Near Death Experiences which left her a very gifted Mystic, Clairvoyant, Clairaudient and Clairsentient. Robin’s eclectic psychic ability is an experience, not an explanation.

For all of her life Robin lived in Plymouth, New Hampshire. As Robin served people in her small community with those extra-ordinary gifts, her reputation grew. Through word of mouth, Robin was hired by a wealthy enlightened Wyoming woman named Anne to be her personal Mystic and Psychic traveling companion as she traveled abroad. That is when a “chance encounter” between Los Angeles radio executive Bob Bordonaro occurred in 2000. 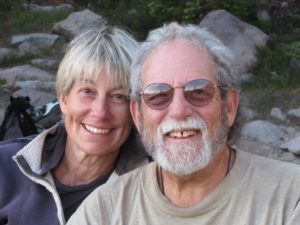 While sitting in a pew of the church in Salisbury England, Robin saw a man who was having vivid and troubling past life memories. Robin walked up to this injured soul and asked if he would like her to pray for a healing for him. He agreed. Several hours later this man approached Robin and told her about his healing experience through her attention. He said to Robin,

“My name is Bob Bordonaro. I am a radio executive from Los Angeles, CA. Twenty-eight years ago an astrologer told me I would meet a spirit lady like you and I was going to help her begin her career of teaching the truth about spirituality in the media.”

“When I was three years old I had a near death experience. Master Christ Jesus appeared before me and told me that if I could survive the first part of my life, which would be very challenging, I would be moving to the city where movies are made. He told me that I would be teaching the truth about spirituality in the media.”

Bob said, “Well, I guess your Spirit Guide was telling you the truth.”

In 2005, Bob Bordonaro became the executive producer of “Mystic Radio® with Robin Alexis.” Since 2005 this live call in radio show has served countless people from around the globe. Robin & Bob have been together personally and professionally since that fateful day in England! Beginning in 2018, Bob and Robin began to collaborate with co-host Dr. Nels Rasmussen for a slightly new radio/podcast entitled, “Mystic Radio for Past Lives, People and Pets.”

Robin Alexis is a talented but wild, unpredictable and weird Metaphysical Expert. Although she looks like a lady who lives next door, Robin Alexis has predicted national and international terrorist attacks, located missing people and found dead bodies, assisted women with infertility to get pregnant, talked Spirit to Spirit with babies yet to be born and helped Baby Spirits transition to the other side. Robin has worked with Marines while on active duty in Iraq, served as a War Healer for our War Heroes and their families, removed implants from people who have been abducted, communicated with deceased people such as President Ronald Reagan, and removed ghosts from such famous Hollywood abodes as Dr. George Hodell who is the alleged famed Black Dahliamurderer. She is also known as “The Marilyn Monroe Medium”. While serving as a Paranormal Negotiator Robin Alexis jumped on Snoop Dogg’s lap during a live broadcast of “The Jimmy Kimmel Live Show” as she cleared ghosts from the El Capitan Theatre in Hollywood!

Whether Skeptics or Devotees of Robin Alexis her funny good natured compassionate top notch psychic Radio & TV host personality will be sure to entertain.